Sempervivum wulfenii is a perennial plant forming basal rosettes (up to 4 inches/10 cm in diameter) of succulent leaves. They are oblong…

in the past S. x albidum was seen as an own hybrid-form later it was declared as a form of S. x comollii which is a natural hybrid of S. tectorum x S. wulfenii

» Search the Sempervivum Database: by characteristics or by cultivar name

Times are presented in US Central Standard Time

Today's site banner is by dirtdorphins and is called "muscari"

Sempervivum wulfenii (Hen and Chicks) is an ornamental, perennial plant forming basal rosettes (10 cm in diameter) of succulent leaves. They are oblong to spathulate, up to 3 cm long, up to 1.5 cm wide and grey-green with a purple-red base and darker tips. The offsets are produced on stout, woody stolons up to 10 cm long. The flowering stems are up to 25 cm tall, with flowers up to 1 inch across having 11 to 15 lemon-yellow petals.

How to grow and maintain Sempervivum wulfenii (Hen and Chicks):

Light:
It thrives best in full sun to light shade. In indoor an east or west-facing window where they receive four to six hours of sunlight is ideal.

Soil:
It grows well in a well-drained succulent mix, with an ideal pH around 6.0 (slightly acidic) or an equal part sharp sand with all-purpose potting mix.

Water:
Water regularly during the summer and spring. keep the soil evenly moist but not soggy. You can allow the topsoil to become slightly dry between each watering. Reduce water in the winter.

Fertilizer:
Fertilize with a controlled-release fertilizer at the beginning of the season or weekly with a weak liquid solution. Use a balanced 20-20-20 fertilizer at 1/4 strength on mature plants, and a fertilizer with less nitrogen on young plants.

Repotting:
Re-pot as needed, preferably during the warm season. To re-pot, a succulent, make sure the soil is dry before repotting, then gently remove the pot. Knock away the old soil from the roots, making sure to remove any rotted or dead roots in the process. Treat any cuts with a fungicide. Place the plant in its new pot and backfill with potting soil, spreading the roots out as you re-pot. Leave the plant dry for a week or so, then begin to water lightly to reduce the risk of root rot.

Pests and Diseases:
It has no serious pest or disease problems. Mealybugs can be a problem, and if dead leaves are not expelled from the plant, it can attract other insect pests or have problems with fungus.

It can be easily propagated by offsets, leaves or small cuttings. Take leaves or small cuttings and allow them to dry and heal over for about a week. Next place them in the sand and wait for the tiny rosettes to start in a few weeks. Sempervivum earned their famous name “Hen and Chicks” from their growth habit. The mother plant, or hen, sends off numerous offsets, which will cluster around her base like chicks. These offsets can be easily re-potted, or the plants can be left to form a clumping mat.


Houseleeks exist from Morocco to Iran, through the mountains of Iberia, the Alps, Carpathians, Balkan mountains, Turkey, the Armenian mountains, in the northeastern part of the Sahara Desert, and the Caucasus. Their ability to store water in their thick leaves allows them to live on sunny rocks and stony places in the mountain, subalpine and alpine belts. Most are hardy to US zone 4, and will handle warm climates to about zone 9.

Morphologically, they are similar to the genera Jovibarba, Aeonium, Greenovia, Aichryson, and Monanthes, occurring mainly in Macaronesia (Azores, Canary Islands, Cape Verde, Madeira). Some botanists include some or all of these genera within a wider interpretation of Sempervivum, particularly Jovibarba.

Origin and Habitat: Sempervivum wulfenii is found across most of the central-eastern Alps ( Austria, Italy, Slovenia and Switzerland).
Altidude range: 1500-2700 metres above sea level.
Habitat and ecology: The plant occurs on rocky terrain, typically on bedrock on neutral to acid siliceous soil, although it readily adapts to alkaline soil, in situations particularly arid due to the intense insulation to which they are submitted in summer.

Description: Wulfen's House-leek (Sempervivum wulfenii) is a succulent, perennial, stoloniferous, yellow-flowered, smooth-leaved sempervivum of the Alps, whose tapering green leaves are bluish-green — unlike those of the dark green-reddish large-flowered House-leek. It has a stocky, light green flowering stem, crowned with star-shaped flowers of lemon yellow. Out of flower it is similar to S. tectorum var glaucum, but easily distinguished: the rosette leaves are less numerous, and the inner leaves are tight, mostly rounded or conical, and more grayish with a light purple-red base.
Derivation of specific name: The species was named in honor of Franz Xaver von Wulfen an Austrian Jesuit and eminent botanist from the late 1700s.
Rosettes: 3-6(rarely to 10) cm across, open, similar to those of Sempervivum tectorum ssp. glaucum but central leaves closed to form a central bud. Few offsets are produced on long, stout, woody stolons to 10 cm. The plant is monocarpic, the individual rosette blooms only once, then dies, replaced by the close ones.
Leaves: Persistent, alternate and succulent, sessile, oblong to spathulate, cuspidate, 20-30(-40) mm long and 10-15 mm wide, usually hairless except for the marginal hairs, glaucous grey-green with a purple-red base and darker tips. Margins slightly bent inward toward the tip, highly glandular, in the upper part often bare.
Inflorescences (compact terminal cymes): Flower-stem 15-25(-30) cm, covered with hairy lanceolate leaves, which are slightly recurved at the tips, pale green at times tinged with red and about 3,5 cm long.
Flowers: 20-30 mm across, funnel-shaped to stellate 11-16-merous. Sepals pointed often purple 6 long and united together for about 2 mm. Petals, linear and pointed, 12-15(-18) mm long, 1-2 mm wide, lemon-yellow with a purple dot at the base, externally covered by thick glandular hairs. Filaments purple to red-purple, occasionally purplish green, anthers yellow. Stylus about 2 mm long pale lemon yellow. Nectar-glands, small squarish.
Blooming season: The plant flowers Summer (July—August).
Fruits: The fruits are follicles containing several tiny seeds.
Chromosome number: 2n = 36.

Cultivation and Propagation: Sempervivum wulfenii is a small, evergreen perennial succulent that grow in rosette forming mats up to 30 cm (or more) in diameter, occasionally cultivated in rock gardens. It is quite slow to grow, difficult in cultivation, and needs winter protection. It is shy in producing flowers.
Soil: Although it grows mainly on acidic substrata, it does not seem fussy about conditions in the garden. Require a well drained succulent soil mix. Outdoors it will spread itself through narrow locations between rockery stones. It does not prefer rich loamy soil gritty dirt with pea gravel suits it.
Watering: It takes little water & could rot if watered too often. During the growing season, the plants are watered and allowed to dry slightly before watering again. Although they can take a great deal of drought, they seem to do better with regular (but moderated) watering. During the winter months, plants are watered very little.
Exposition: It need full sun to light shade and tolerates shade, but a sunny spot is nicest, though in warmer climates it needs protection from too much sun because it is not very heat tolerant.
Frost Tolerance: Hardy at least to -12°C (or less).
Remarks: After the plant blooms and sets seed it will die, but there will be many offsets to take its place.
Uses: It is choicest species for the rock-garden and borders, it can be used for edgings, lines and panels in the flower garden, and naturalized on walls, ruins, or any position where the Common Houseleek thrives.
Propagation: Is very easily propagated by division of larger clumps or by offsets.

The healing properties of cranberries 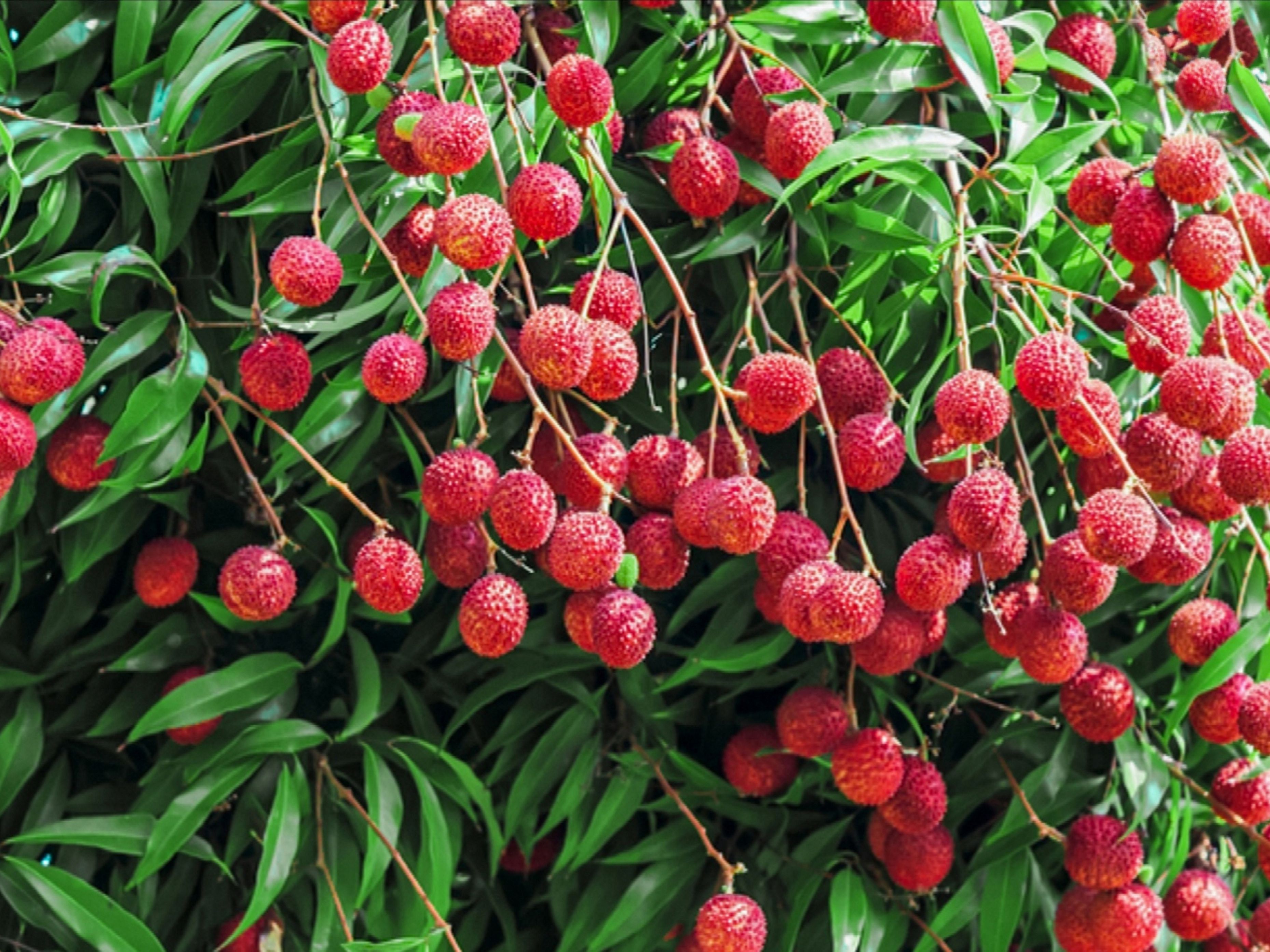 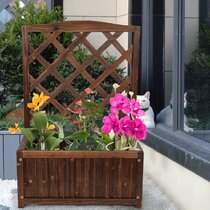 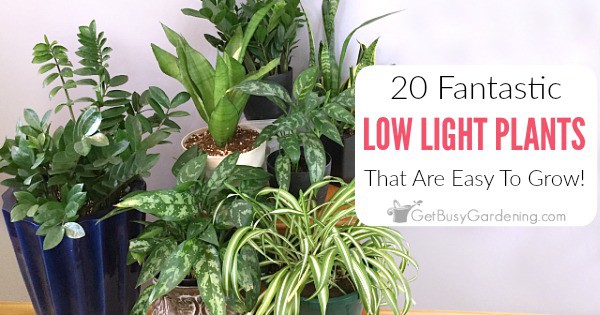 Indoor plants that can grow in dark

How to grow cocoa plant indoors

Correct planting of strawberries in spring in open ground